It’s a shock, when a ballot proposal fails on Election Night, whether the margin was one vote or in the thousands.

Your search for answers of what went wrong begins immediately. The results of that search are often incomplete because they must pass through the filter of disappointment. 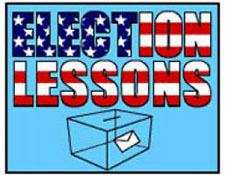 Here is what we have learned from conducting follow-up studies for districts that had a rough night at the ballot box:

Quick “repeats” are rarely successful: Assuming it was a failure of message, effort or timing, school districts might simply rerun the proposal at the next election opportunity. History shows your chances of being successful are slim, and you create animosity with your patrons who think they already gave you an answer on your proposal.

Acknowledging the loss is critical: Districts that step forward promptly and say, “We will be taking time to understand how our patrons want us to proceed” are setting the right tone. This lets the naysayers hear their “message” was received, while keeping it positive for supporters and those who were apathetic.

Overwhelm your patrons and staff with fact-finding efforts: Talk openly about the options that are in front of you and the kinds of conversations that are taking place, as you plan your next steps.

Simplify and personalize your messages: Once you settle on your follow-up ballot proposal, create messages that are simple and benefit-driven. Leave the exhaustive details for your website, and keep the more broadly used messages focused on key points: What’s in the proposal? What will it cost me? Why should I vote for it?

Be honest, but avoid scare tactics: If your original proposal was driven by need, then the need is likely to be even more acute, when your follow-up proposal is placed on the ballot. However, resist the temptation to put out messages that threaten voters with dire consequences, if the proposal fails.

Respond to organized opposition with facts: If your opposition starts putting up their own yard signs and websites, don’t let them get under your skin. Rather, correct their misinformation with simple statements that begin with, “Actually, the fact is…”

If your district has experienced a recent loss at the ballot box, let us help!