Be ready. Don’t get PAC’d

We’ve had great school district clients who have seen the ugly effects of outside influences and money on bond issue elections.

These districts – which did their diligence in facility planning, community conversations and structuring of their bond – had proposals that would solve problems, some with new construction and expansion, security enhancements, and renovations, for example. The price tags were reasonable but not pocket change. The general mood among the campaign committees was cautiously optimistic.

All of this can change with the arrival of a last-minute, well-funded attack campaign from the opposition, political action committees, best known as PACs.

Their goal is to scare, and they know just how to do it – by carpet-bombing the community with simple, frightening messages that breed mistrust and take the community’s eyes off who would benefit from passage of the proposal.

Don’t let a PAC get the best of your school bond election. Consider these tips to be prepared: 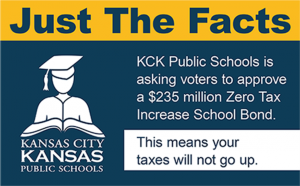