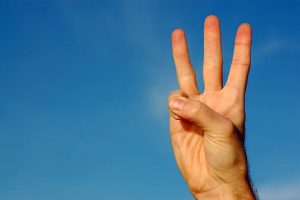 We have learned the following three things must be in place, or your tax initiative will fail:

So, how do you know if these three critical components are in place? You don’t. Nobody does. You can’t possibly know what’s in the hearts and minds of everyone you provide services for.

It’s the “silent” majority – 80 percent of the community – who are the great unknown. They have an opinion, which will influence whether they vote and how they vote. The problem is nobody has ever asked their opinion.

Patron Insight recommends a statistically accurate telephone survey about six to nine months before an election to discover where people stand on the three critical factors. Our survey process has a margin of error factor of only 5 percent, so you are working with viable data about your patrons.

Once you know where you stand, you know what you need to do to pass a referendum. It’s that simple and straightforward.

With pre-election research, you’ll know – months before the election – whether or not you are positioned to win and what you need to do to ultimately find success at the ballot box.

Is it Back-to-School Night already?
Be ready. Don’t get PAC’d